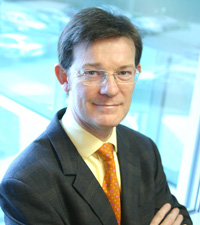 NORTHAMPTON: Travis Perkins, the largest supplier of building materials in the UK, issued its interim management statement for the period from 1 January to 30 April 2012. The report showed that the national merchant's group revenue for the four months to the end of April, was up 4.4% when compared to the same period in 2011.

“We have continued to gain like-for-like market share in all four divisions,” said chief executive Geoff Cooper. After a good first quarter, record levels of rainfall contributed to a weaker performance in April and the early part of May where activity levels at sites continue to be impacted by the very wet weather, he reported.

TP's increased focus on gross margins has yielded good results. The gross margin, before synergy gains, across the group is in line with the equivalent period last year.

Year-on-year inflation for the four months is around 2.5%.

The integration of BSS, following the acquisition, continues to progress well as we roll out new branch trading systems. Mr Cooper said TP's 'synergy programme' remained on course to deliver the £30m of gains this year that it had previously outlined.

The merchant also made good progress towards securing its targeted £15m property profit for the year. Due to the timing of contract completions in 2012 this gain is expected to be recognised in H2. whereas in 2011 the comparable gain to EBITA occurred in H1.

With its continuing focus on cash generation, underlying net debt has reduced by £50m in the four months to 30 April from the £583m reported at 31 December 2011.

TP, said Mr Cooper, was back on track to meet its £450m year-end net debt target. "There has been no material change to the financial condition of the business.

"Overall, at a group level, the outlook for the year remains unchanged and we remain confident of meeting consensus expectations. "We are pleased with the good progress in the first quarter, in particular the balance between continued share gains and our achievements on gross margins."