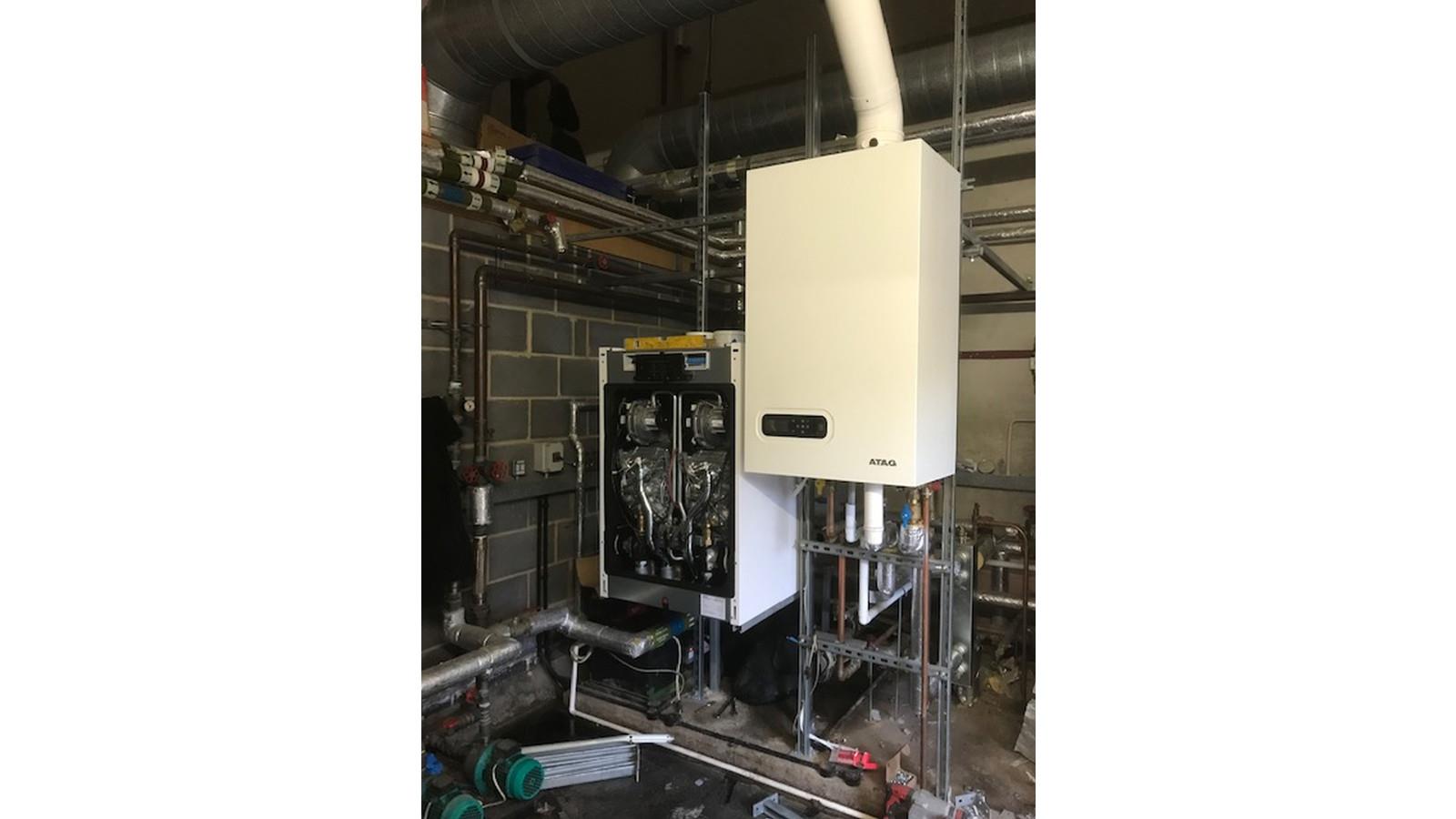 A highly efficient 200kW XL-W boiler from ATAG Commercial has been installed at Bannatyne’s Gym in Mansfield, helping provide heat and hot water to areas including the main gymnasium and café.

The wall hung unit is also responsible for heating the swimming pool.

The new boiler joins an ATAG Commercial XL140 fitted previously, which had replaced two aged and inefficient cast iron, floor standing atmospheric units. The two ATAG Commercial boilers have been working in unison for the last 18 months and were installed by Derbyshire-based plumbing and heating contractors STH Mechanical.

Commenting on the project, Steve Hendley, Director at STH Mechanical, who fitted the new boiler himself, said: “I’ve been installing ATAG Commercial’s heating systems for 25 years; the XL140 is a great unit, so I was originally going to fit another one in the gym, as we needed to increase the output to 350-400kW with a second boiler. However, when I realised there was a newer model available, complete with dual heat exchanger technology, I was more than happy to opt for that instead.”

The boiler is located at the rear of the property, not overlooking any other buildings, so the flue does not interfere with the neighbourhood surroundings.

Steve continued: “I’ve fitted ATAG Commercial boilers in four or five gyms previously, as well as places like churches, nursing homes and larger residential properties. The new boiler is a tidy bit of kit, while the company is definitely one of the market leaders in the commercial sector and are one of my main brands of choice. They offer exceptional back-up and aftersales support, not to mention fantastic extended warranties, which certainly makes them one of the best of the bunch.”

He added: “These new ATAG Commercial boilers have the lowest NOx emissions on the market, so are perfectly placed to help the gym benefit from lower fuel bills, especially when you compare them to the older, atmospheric models they replaced. These previous units could only have been around 60% efficient, whereas the new condensing units are much higher, especially the XL-W, which is 96% efficient; as a result, the ATAG Commercial boilers should be about 20% cheaper to run overall.”

Not only can the XL-W achieve superb outputs up to 1.6MW, models also benefit from a low installation height of just 1.7m. Plus, when fitted in cascade, these boilers have the smallest, most compact footprint (in terms of width) in the industry. As with their floor standing counterparts, up to four of these units can be fitted in-line, while there is also the option to install three or four models back-to-back (i.e. six and eight boilers respectively).

ATAG Commercial, which is part of the Ariston Thermo Group, is a manufacturer of gas fired condensing boilers suitable for a range of domestic and commercial applications. All models have proved to be highly successful throughout the UK for many years, blending manufacturing expertise with unmatched reliability.