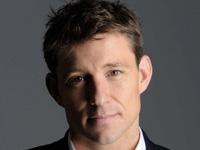 The Builders’ Merchants Federation (BMF) has finalised the line-up for its All Industry Conference, with high-profile names from the sporting world heading the list of presenters.

TV presenter Ben Shephard will host the event. He is joined by former English rugby union player Austin Healey, along with Dr Dorian Dugmore, an expert in the treatment and prevention of heart disease who introduced the concept of wellness management to Premier League managers.

John Newcomb, BMF managing director, said: “Our sporting trio will bring yet another dimension to our Conference theme, Fit for the Future. Ben is the perfect host for this year’s event, Austin has demonstrated that it’s possible to succeed at anything if you put the work in, and Dorian will challenge the way that companies look after their people. This year’s Conference is going to be a truly fantastic occasion with over 350 attendees already booked. I would urge all merchants who still haven’t registered or signed up for the Conference to do it now as we have almost sold out.”

More about the guest speakers:

Ben Shephard spent 10 years with GMTV before moving to Sky Sports where he covers the Champions League and Carling Cup, and co-presents Goals on Sunday. He has also presented game shows Safebreakers and The Krypton Factor, and loves a challenge himself; Mr Shephard has broken four Guinness World Records, completed 14 marathons, run across the UK twice, climbed Mount Kilimanjaro, been through three months of intensive boxing training and played for England at Soccer aid.

Austin Healey won 50 England caps, starred on two British Lions tours and played a leading role at Leicester Tigers. He also had a successful run on Strictly Come Dancing. Mr Healey is now the managing director of MAP Environmental, an environmental energy business that specialises in LED and PV. During his playing career he was given the nickname “The Leicester Lip”, so expect a forthright and entertaining session.

Dr Dorian Dugmore is an expert in cardiovascular and exercise medicine as applied to the treatment and prevention of heart disease. He was formerly the director of the Toronto Rehabilitation Centre in Canada, and his programmes have won World and European Best Practice awards for corporate wellness. Dr Dugmore is also a sportsman; he played and coached football for his country and was Great Britain coach at four consecutive World Student Games. His work with Premier League managers was featured on ITV’s Tonight programme and he is associated with a number of high-profile Olympic athletes in terms of performance, fitness and wellness management.