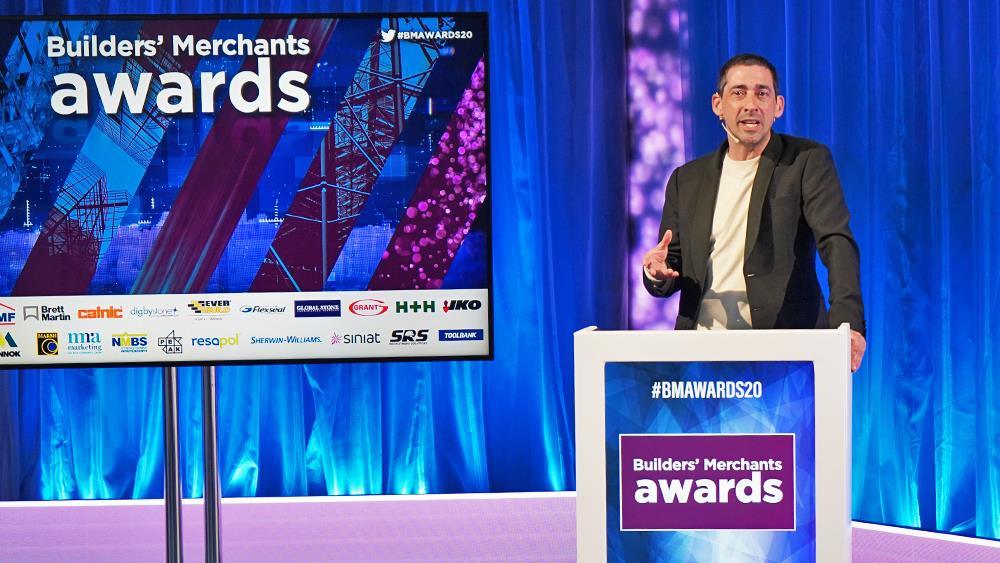 The first and last virtual BM awards saw Williams Trades Supplies and Tom Parker rewarded for a fantastic year and amazing career respectively as 20 other awards were bestowed on the industry's great and the good.

Last Friday (14 May) saw the first ever virtual Builders’ Merchants Awards after the live event planned for last November at the Park Plaza in Westminster fell victim to the Coronavirus pandemic.

The virtual format watched by hundreds of employees across the builders’ merchant sector either at work with colleagues or from the comfort of their own home offered a unique opportunity to watch the live ceremony unfurl in front of them.

Following an introduction by Murray, BMN Editor Tim Wood, gave an impassioned speech highlighting the massive contribution the builders’ merchant sector had made since Covid-19 arrived in March 2020.

Wood said that everyone should say how proud they are to work in an industry that “saves lives, that maintains and protects the foundations of our economy, that touches every part of our society and keeps each part connected”.

Builders Merchants Federation CEO, John Newcomb, was then invited to talk to Murray about the impact Covid-19 has had on the sector and his members and what long lasting changes will there be as a result.

Winners were announced in the first six awards before Sean Og Coyle, Commercial Director from sponsor, Keystone Lintel, spoke about how Keystone had survived and grown over the past year.

Following the presentation of another ten awards, Ricky Hasprey, National Sales Manager at sponsor Flexseal, was asked about his thoughts for the future of the industry and specifically about how his own company was going to adapt into a new post Covid-19 future.

The final four winners were announced before the penultimate prize, the NMBS Special Award for Excellence, was given to the company or individual who had received the highest combined score from the Builders’ Merchants awards judging panel.

Williams Trade Supplies who had “excelled in every area of its business, showing utter resilience, customer service that was second to none and really shone with its work ethic and professionalism” was the worthy recipient.

The coveted Lifetime Achievement Award ended the ceremony which was presented to Tom Parker, Founder and Owner of Parker Building Supplies, who said that he was “personally extremely honoured and lost for words” upon receiving his first individual accolade after nearly four decades in the builders’ merchant sector.

Four tributes followed from those who have got to know Parker down the years and become firm friends. The full story about Parker’s lifetime in the industry can be read in the BM awards Winners Brochure.

Next year’s event will be celebrating 20 years of the Builders’ Merchants Awards. It takes place at the Park Plaza, Westminster Bridge on 4 February 2022. 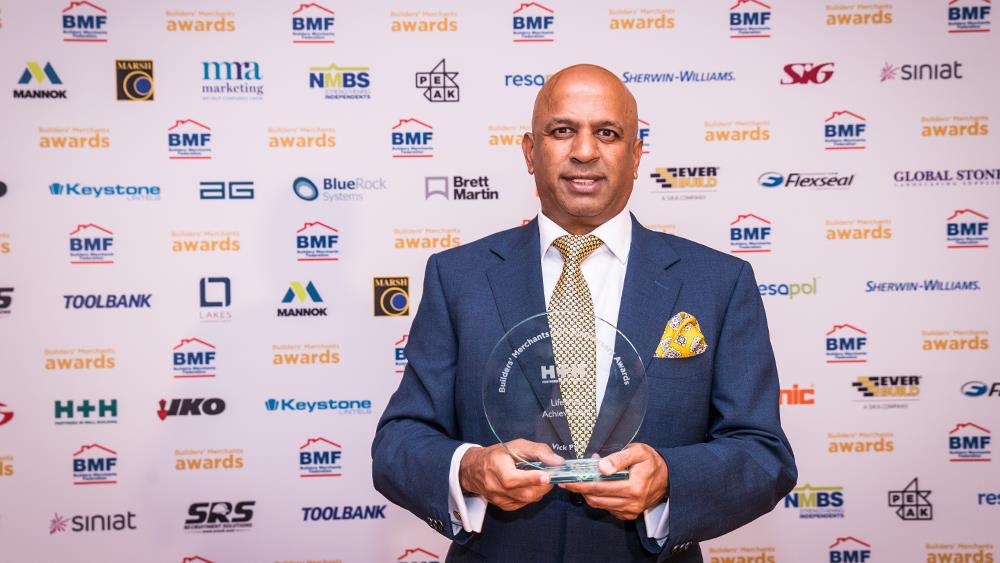