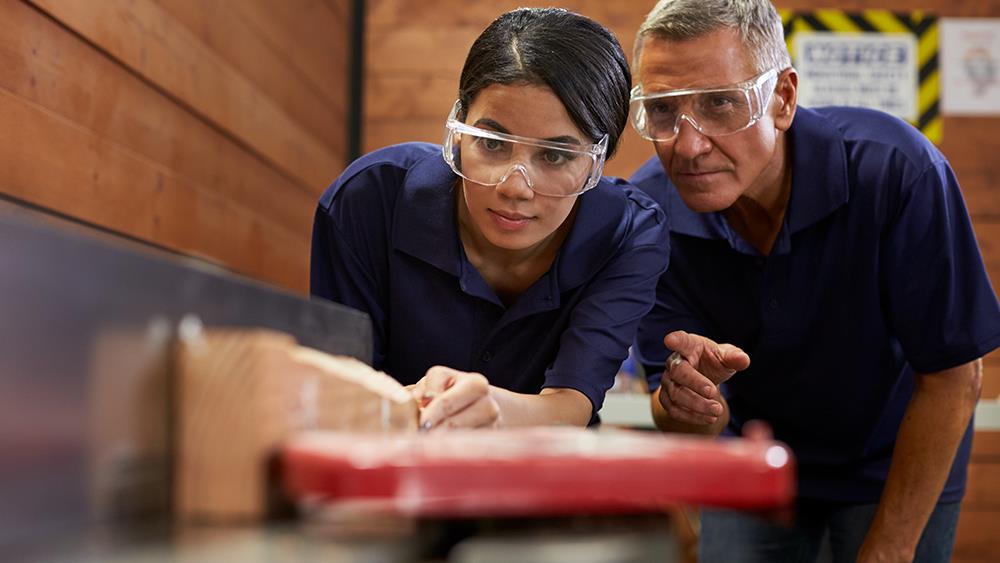 Carpenter training an apprentice to use a plane

Tradespeople can earn more than £50,000 a year, according to new research from the Federation of Master Builders (FMB) to marks National Apprenticeship Week.

During December 2019, the FMB asked 357 builders across the UK what day rates they would typically pay three labour-only, experienced contractors – bricklayers, carpenters and plasterers.

FMB found that a highly skilled and self-employed tradesperson working six days a week will earn on average day rate of £175, equating £53,200 a year, taking into account the eight unpaid bank holidays.

One per cent of respondents to the same survey said that they would pay day rates of between £250 and £300 for each trade, meaning some builders could earn up to £83,600, also taking unpaid bank holidays into account.

Brian Berry, Chief Executive of the FMB, said: “There’s never been a better time to start an apprenticeship in construction. A trade apprenticeship not only offers the possibility of earning a good wage but provides an opportunity to set up your own business. The good news is that there plenty of vacancies in construction for young people with a can-do attitude and a willingness to learn.”

Berry concluded: “Builders face numerous challenges going into the new decade that will require the creativity and fresh approach of the new generation to solve. These include tackling climate change, building thousands of well-designed homes, and digitising the built environment. I would encourage anyone interested in a construction apprenticeship to visit GoConstruct.org.”