Government announces plan to drive down the cost of clean heat 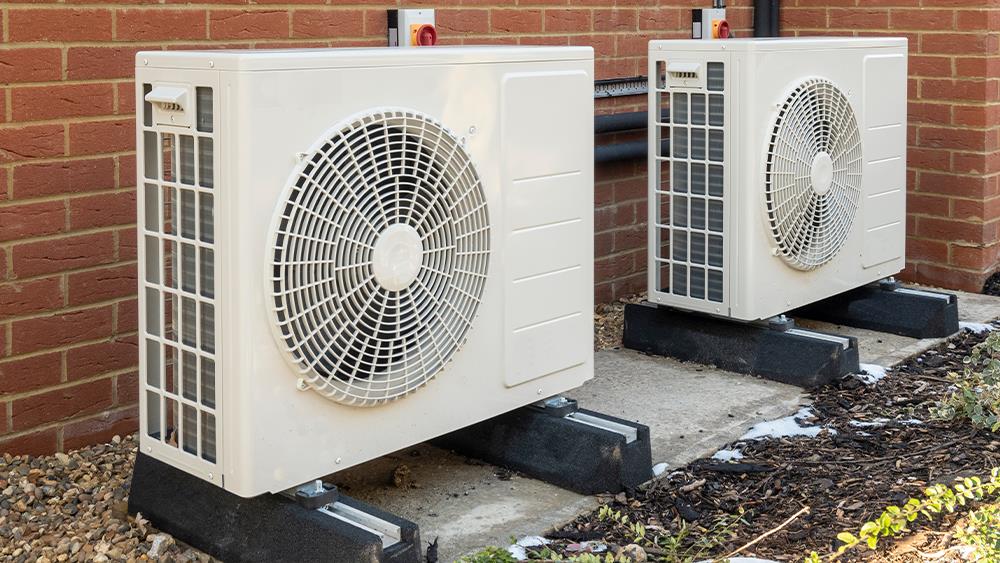 The UK government has released its long awaited Heat and Buildings Strategy, which aims to incentivise householders to install low-carbon heating systems.

The strategy, which places a strong emphasis on the use of air source heat pumps, contains a commitment to phase out fossil fuel systems by 2035, although no outright ban has been announced. The Clean Heat Grant scheme is to be extended, and will now run for three years from April 2022, with an increased funding pot of £450 million. As a result, consumers will receive government grants of up to £5,000 for the purchase of heat pumps.

To help to reduce fuel bills for consumers switching to heat pumps, and in the hope to further stimulate demand, the environmental levies on electricity and gas will be rebalanced.

However, environmental organisations and opposition parties have already pointed out a lack of ambition and adequate funding in the newly released plans, with Labour condemning the strategy as “more of Boris Johnson’s hot air.”

The £450 million Boiler Upgrade Scheme is part of more than £3.9 billion of new funding being announced by the government for decarbonising heat and buildings. This will fund the next 3 years of investment through the Social Housing Decarbonisation Fund, the Home Upgrade Grant scheme, the Boiler Upgrade Scheme and the Heat Networks Transformation Programme, and reducing carbon emissions from public buildings through the Public Sector Decarbonisation Scheme. The business and energy secretary, Kwasi Kwarteng, hopes the plans will support up to 240,000 jobs by 2035.

The government and industry will also work together to help meet the aim of heat pumps costing the same to buy and run as fossil fuel boilers by 2030, with big cost reductions of between a quarter and a half by 2025 expected as the market expands and technology develops.

This will support the government’s new target for all new heating systems installed in UK homes by 2035 to be either using low-carbon technologies, such as electric heat pumps, or supporting new technologies like hydrogen-ready boilers.

To help grow the electric heat pump market and expand British manufacturing, a new £60 million Heat Pump Ready innovation programme is also being announced, part of the £1 billion Net Zero Innovation Portfolio. The scheme will provide funding to drive technological innovation which will make the systems smaller, easier to install and cheaper to run over the coming years.

Prime Minister Boris Johnson said: “As we clean up the way we heat our homes over the next decade, we are backing our brilliant innovators to make clean technology like heat pumps as cheap to buy and run as gas boilers – supporting thousands of green jobs.

“Our new grants will help homeowners make the switch sooner, without costing them extra, so that going green is the better choice when their boiler needs an upgrade.”

The Chair of the Heat Pump Association, Phil Hurley, said: “The heat pump industry warmly welcomes these bold steps forward. The industry in the best shape it has ever been, with sales this year already double those seen ever before.

“Today's announcement will give industry and installers a huge confidence boost that now is the time to scale-up and retrain in preparation for the mass roll out of heat pumps, as well as making heat pumps more affordable, so all consumers can soon access and enjoy the benefits of reliable low carbon heating that stands the test of time.”

Jan Rosenow, European Programme Director for the Regulatory Assistance Project, a clean-energy NGO, welcomed “many positive elements” in the plans, but added: “Providing grants for installing heat pumps is essential as they are more expensive than gas boilers.

“But the level of funding is too low. Under the plans, only 30,000 homes would be able to benefit from the government grant, just enough to support current installation levels. Given that the target is to install 600,000 heat pumps per year, this is clearly not enough.”

Caroline Jones, of Greenpeace UK, said: “More money must be provided to rapidly increase the number of homeowners switching to heat pumps over the next few years, with full costs covered for families on low incomes.

“A clearer signal would have been a phase-out of new boilers before 2035. And all of this must be delivered with a fully funded, nationwide programme to insulate our homes at a scale and speed that the government hasn’t fully grasped.”

Neil Sawers, Grant UK’s Commercial Technical Manager, also introduced a note of caution in his reception of the strategy: “Grant UK welcomes this step on the journey to net-zero for the UK, however there are some barriers to overcome before we can truly begin to roll out some of the government’s proposals.

“Positive steps towards resolving the current skills shortage are being taken with both the CIPHE Low Temperature Heating Course in addition to the Heat Pump Association's (HPA) LCL Heat Pump Training course, both of which will be available from Grant UK towards the end of this year. It is imperative that both the government's funding initiatives and retraining/up-skilling of the workforce work in parallel.

“When considering a heat pump there are many factors to assess which are not considered here, such as the property’s suitability," said Carl Arntzen, CEO of Worcester Bosch.

"A home may need to be adapted to accommodate a heat pump, such as resizing radiators and making space for hot water cylinders, which carry cost implications. Therefore, the proposed grants may help with the cost to purchase a heat pump, but there will still be costly investment required from homeowners in existing properties.

“As for boilers, the strategy does not refer to any legislation behind a boiler ban, so it’s not surprising that there is confusion among installers and homeowners.

“While it is encouraging to see that hydrogen is still on the agenda and is referred to within the Strategy, it is a shame to see that a decision around hydrogen won’t be made until five years from now. With hydrogen-ready boilers already successfully trialled, they could be a strong alternative to fossil fuel boilers on the market today – yet this strategy seems to omit them.

“We are committed to the decarbonisation of heating and hot water in the UK and will continue to work with Government and industry to offer a technology agnostic future, while educating and inspiring homeowners to make greener choices for home heating.”

“We are concerned that as yet there has been no announcement regarding other off-gas heating alternatives, such as biofuels (HVO) and hybrid heating, which would have a major impact on reducing carbon emissions, and are more practical in terms of an immediate roll out.” 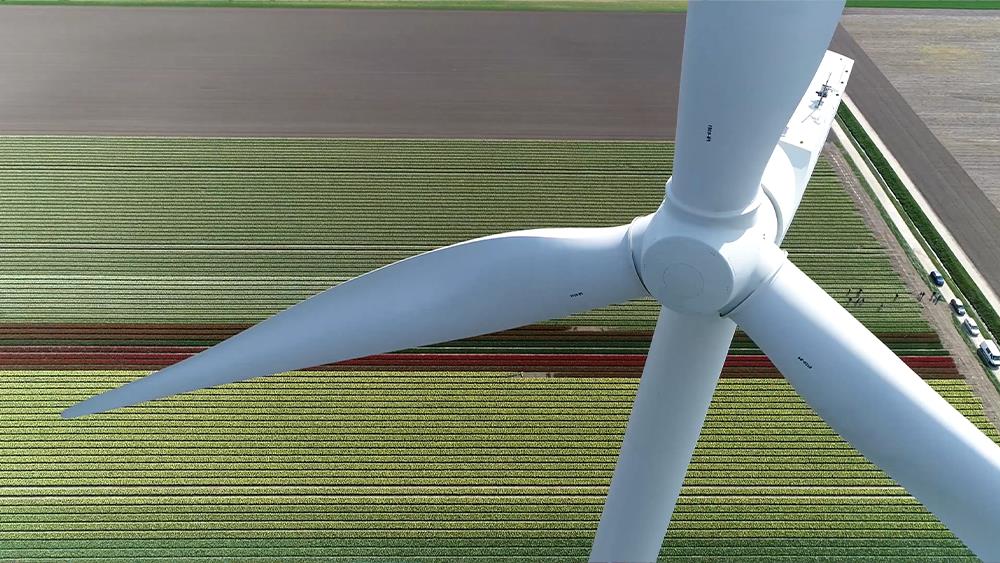 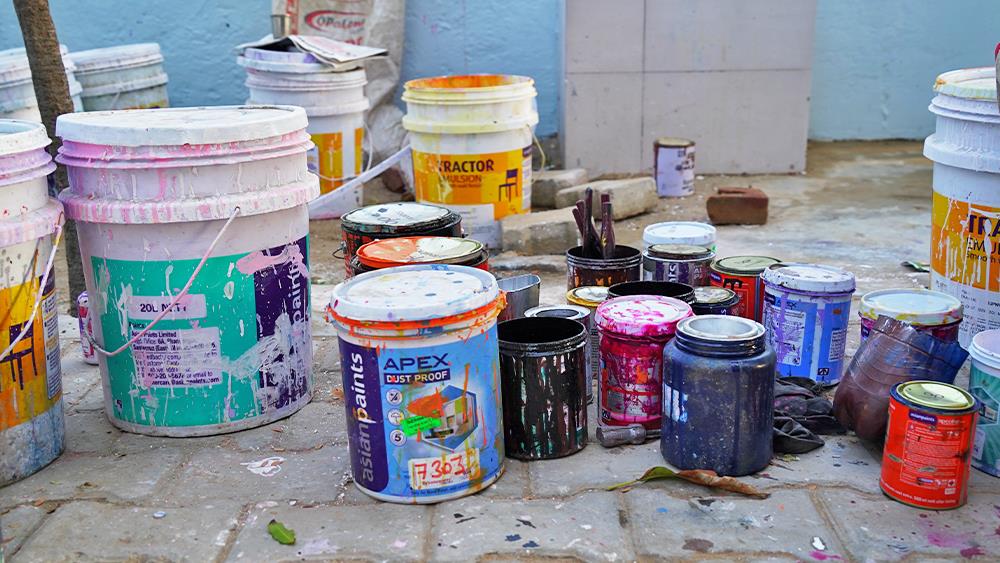