How to review restricted liability 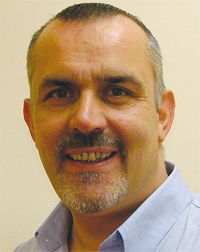 Robert Boslem, senior credit controller at Beatsons Building Supplies, explains why the DPG within credit application forms is so important to your business.

The Limited Liability Act 1855 became statute at the time of the Crimean War. During a heated debate in the House of Lords at the time, Earl Grey stated: “It proposes to depart from the oldestablished maxim that all the partners are individually liable for the whole of the debts of the concern”. And thus the veil of limited liability restricted liability to the share capital invested in a ‘limited company’ came into being – protecting directors and shareholders from the potential ‘ruinous’ debt of their failed company.

Directors’ Personal Guarantees (DPG) are still seen by many to be the preserve of banks and banks alone. I strongly disagree with this viewpoint. I’ve always thought that as a credit controller, it was my role to put the company I work for in the strongest position without affecting the level of sales or the business relationship between two companies. There is no difference in my mind to protecting the transfer of wealth from one individual to another by mutual agreement, regardless to the nature of its core business.

I favour and employ a DPG clause within our credit application forms. Since 2005, before the current credit crunch, it has proved to be an effective tool for limiting our losses when a limited company ceases to trade or is unable to pay its invoices as and when they fall due. There are many different types and styles of DPG. I feel it is critical to ensure that the director and/or shareholder signs the credit application form right by the clause giving their indemnity, thus ‘lifting the veil’ of limited liability and allowing pursuit of any and all losses personally against them.

The Unfair Contract Terms Act 1977 (UCT) is all too frequently used as a defence and an obstacle against the director and/or shareholder from honouring the agreement that they signed. Only in the cold light of day, when their business has failed, do these individuals take stock of the consequences of their actions and the promises that they have made to obtain a line of credit from another company.

It is conveniently forgotten by the defence that the spirit of the UCT Act 1977 does not and is not there to restrict enterprise.

Businesses are free to enter into whatever agreements they agree between themselves. The reasonable test is simple and
relatively straightforward. Ask:

A consumer contract, excluding liability for defective goods, would be automatically invalid. But, when buying as a business it is up to you to check in advance what terms and conditions you are agreeing to.

The third point is a very fine one. It is always confused when the litigation process starts. Individuals automatically revert to the mindset of being consumers rather than guarantors of a limited liability company.

I am always amazed by the number of so-called commercially aware directors and/or shareholders of a Limited Liability Company who fail to read the small print when signing credit agreements. I have on stood in a courtroom before a Sheriff giving evidence, cross examining witnesses and presenting a case. I have said: “It’s not my fault that they failed to read the form me lord.”

This article first appeared in the July/August 2012 edition of Builders' Merchants News.