Huge Armada sheltered from the weather by BMI UK & Ireland 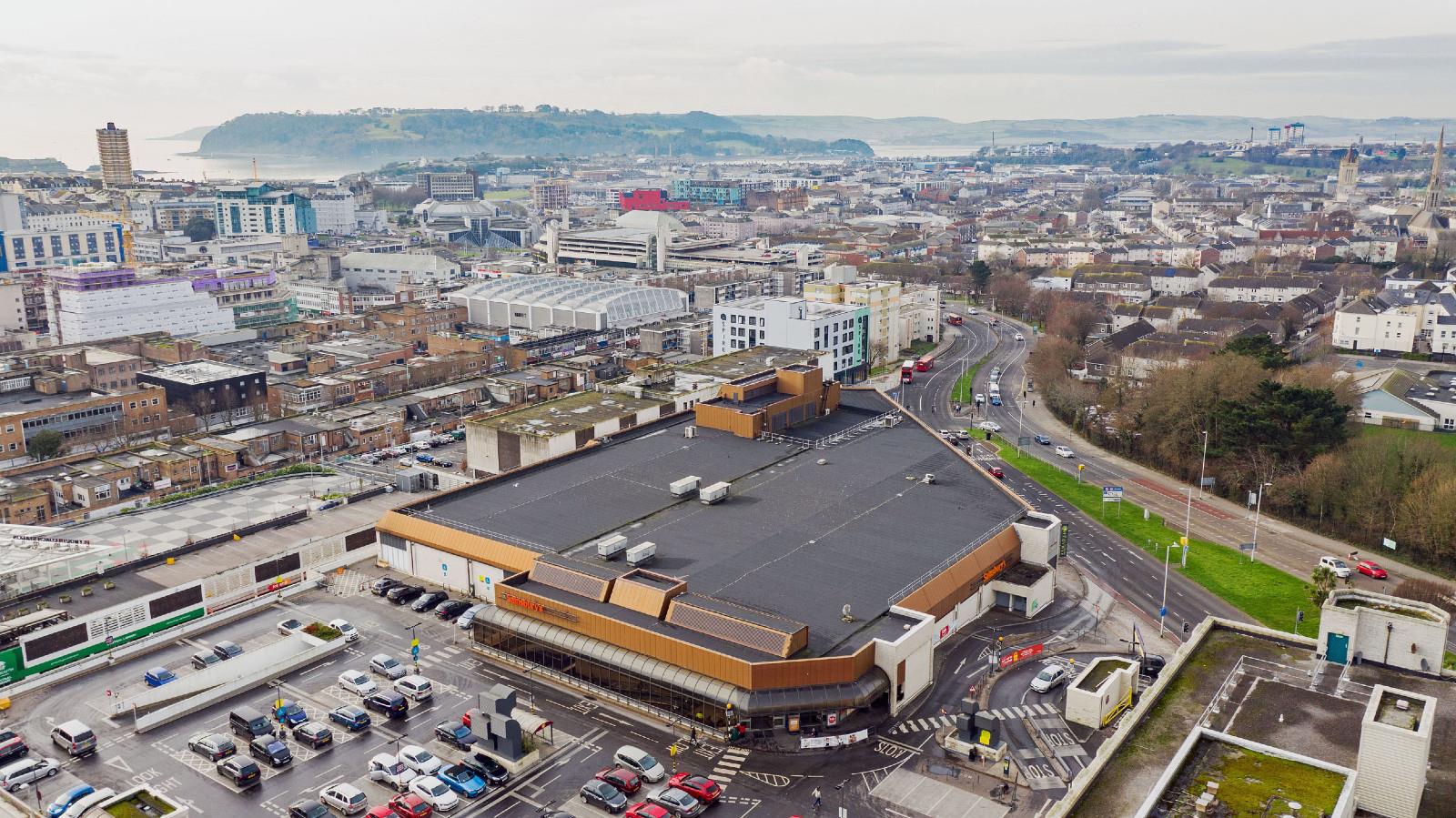 The roof of the Sainsbury’s store in Plymouth's Armada shopping centre showcases the value that a thorough specification and 20-year guarantee from BMI UK & Ireland adds to any roofing project.

Not only is the roof area vast at more than 5000m2, but it also covers a store that is open to the public for more than 100 hours a week, and the work needed to be carried out while the store remained open. The building is owned by the BBC Pension Trust and managed by CBRE, which determined that the roof was failing badly and needed re-roofing to maintain the use and extend the lifetime of the roof structure.

The contract, to cut and seal the existing roof membrane and install a new torch on bituminous felt system on top, tendered by CBRE and valued at just over a quarter of a million pounds was won by Stormforce Roofing with a specification featuring BMI Icopal's bitumen and hot-melt systems.

The challenges posed by the project show why the roofing solution had to be simple, fast to install and durable. “The tightness of the site and the need for speed meant we required a quick, simple single layer system so we could go in, strip out the existing roof and install the new roof in the minimum time required, and still give a 20-year guarantee,” explains Stormforce director, Simon Kalas. “It had to be a system that had the least possible impact up the store itself and other tenants in the shopping centre.”

Bearing these considerations in mind, the solution chosen was BMI Icopal FireSmart Profiles Solo. This consists of technically advanced low heat-reactive SBS-modified bitumen, making it faster than traditional membranes to apply. The single layer overlay system is especially suitable for re-roofing because the reinforced bitumen membrane incorporates vapour release technology to prevent blistering. The profiled stripes on the underside of the membrane allow moisture vapour that may be trapped in the existing roofing system to escape – avoiding potential blisters.

Upstands and details were covered in two layers – fully bonded underlay Icopal Profiles XL, followed by fully bonded FireSmart Profiles Solo Capsheet in charcoal; while designated walkways were constructed by fully bonding an additional layer of Icopal FireSmart Thermaweld – a brown, slate surfaced cap sheet – to contrast with the main roof area. FireSmart is BBA-approved and has passed both ENV 1187, the European tests for Fire Prevention and Spread of Flame, and BS 476: Part 3 External Fire Exposure Roof Test, its predecessor in the UK.

CBRE opted for the BMI specification service because it was a tried and tested solution that benefited not only from the 20-year system and workmanship guarantee but the added security of independently tested and certified products, site inspections, surveys, plus progress reports from the company’s site inspection team.