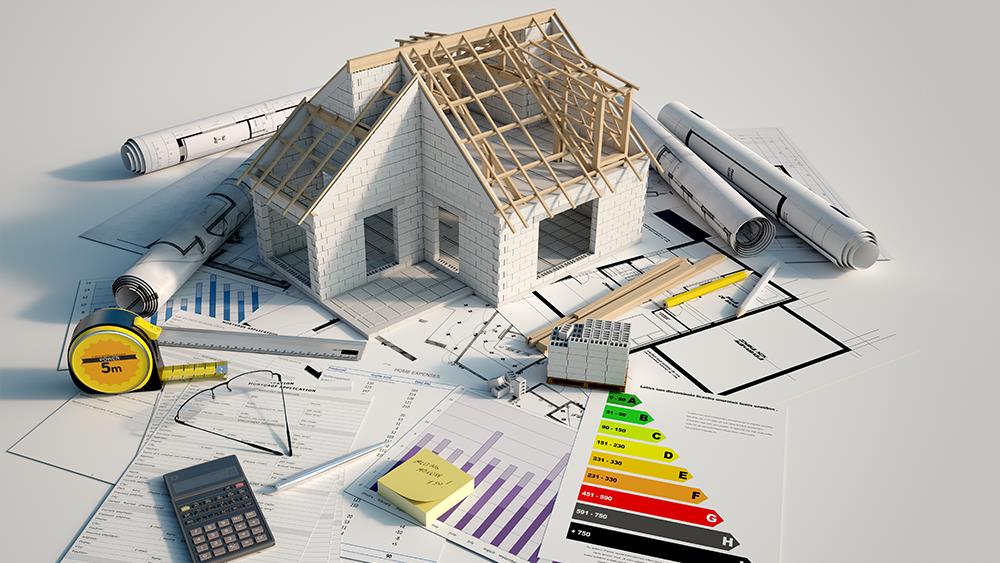 Research carried out by the Home Builders Federation to mark New Homes Week 2022 has revealed the extent to which energy efficiency is now guiding the way Brits are now making home-moving decisions.

Around three in four respondents (73%) to the HBF’s recent survey stated that they are worried about the energy performance of their current home, with around a quarter (24%) saying energy efficiency will be ‘crucial’ to their next home move.

The Home Builders Federation commissioned the research to investigate sentiment among the British public towards more sustainable living, following the recent energy crisis, and growing general awareness of our individual carbon footprints. Around 2,000 people were surveyed around the country, and the results reveal the full extent to which energy efficiency and environmental factors now guide our choices of where to live.

The results place the UK’s residential developers at the forefront of meeting public demand for more energy-efficient living, and show that when it comes to selecting a new home, sustainability is now a firm fixture at the top of list of buying criteria. ‘Eco friendly’ and ‘Having a good Energy Performance Certificate (EPC)’ were rated as the second and third most important factors respectively, behind ‘private outdoor space’.

This survey is published as a new report from HBF – Greener, Cleaner, Cheaper – shows that buyers of new build homes are saving more than £400 per household on their energy bills, and emitting almost 600,000 tonnes less carbon than if last year’s new build homebuyers has chosen an older property.

Key findings of report include:

And with more lenders beginning to offer green mortgages – such as lower interest rates for buyers of more energy efficient homes – and stricter requirements for landlords renting out domestic properties, home builders are urging lenders to go further, faster to assist homebuyers in making the right environmental choice. Factoring into mortgage calculations the lower bills paid by new build buyers would enable even further savings to be made by buyers.

A further aspect of HBF’s research revealed the pivotal relationship that the new homes industry can play in driving the UK’s burgeoning electric vehicle industry as 71% of people responded that they would be more persuaded to buy an electric car if their house came with an electric vehicle charging station, which are becoming prevalent on new-build projects throughout the country.

The energy efficiency of homes has become increasingly important in recent years, amid the ongoing crisis surrounding rising energy prices and an enhanced focus on environmental issues. Builders of new build homes are able to adapt to new technologies, materials and regulations to embed energy efficiency at the point of construction, while owners of existing properties will often find themselves facing disruptive, extensive and costly retrofit works to bring their homes to the same standard.

The improved energy efficiency standards have a significant impact on household carbon emissions. The report finds that new build homes in this sample accounted for 15.4% of EPCs, 16.4% of the floorspace, but just 6.4% of the total annual CO2 emissions.

The report also finds that new build properties offer lower running costs for all household utilities. On average, new build purchasers save an annual £395 on heating bills, £28 on hot water and £12 on lighting. In total, the yearly household bill for owners of older properties in this dataset was £890, almost twice as much as the annual bill for a new homeowner, which was £455.

The survey results place the UK’s residential developers at the forefront of meeting public demand for more energy-efficient living, with new homes generating only around one-third of the carbon produced by the average older property each year. Indeed, further research by the HBF has found that, on average, owners of new houses and flats save £435 on household bills per property each year, which totalled £112 million in savings in the year to September 2021. For buyers of new homes the savings are even greater, up to £555 annually or £46 per month which is equivalent to the average Premier League season ticket or a coffee from Pret every working day of the year.

When it comes to how Brits are becoming more sustainable at home it would appear food is very much on our minds. When asked what sustainable choices people undertake in their day-to-day lives, respondents’ top three choices were how they throw things away (53%), their food shop (44%) and what they choose to eat (38%). Furthermore, the survey indicates that sustainability now forms a significant part of our social norms and expected behaviours. When asked what the most socially unacceptable behaviours are when it comes to sustainability, 63% said not recycling was the worst, and a further 46% said driving to destinations where walking was possible. Fast fashion (38%) and driving an SUV when you don’t necessarily need it (36%) also topped the list.

Stewart Baseley, Executive Chairman of the Home Builders Federation, commented: “‘Location, location, location’ has been the driving mantra of the UK home-movers for as long as we’ve known, but these results suggest we’re now entering the era of ‘location, location, insulation’, with energy efficiency becoming an ever more crucial factor in how we select our next home.”

“And with energy bills rising it’s never been more important for homebuyers to weigh up these costs as they consider their next move.

“This research highlights the crucial role that residential developers play in not only making UK housing stock more sustainable and energy efficient overall, but also meeting the demand of an increasingly eco-savvy public who want to cut down their energy bills and live in more sustainable homes. As an industry we have made major steps forward year-on-year in making all elements of housebuilding as sustainable as possible, with many developers well on the way to reaching net carbon zero throughout their operations.

“Mortgage lenders have a vital role to play in helping homebuyers to make the cost efficient and carbon saving steps that households are increasingly keen to make.”

Ian Heasman, Director of Sustainability at Taylor Wimpey, said: “We announced our environment strategy in March 2021, which outlines our commitments to making our homes and developments more sustainable, and to lessening our impact on the environment. We know that people want to live more sustainably and to reduce their carbon footprint, and we want to make it as easy as possible for our customers to do just that. Our homes have many features such as energy saving lighting, zoned heating and water saving taps which make them energy efficient, and we’re encouraging more sustainable transport choices.”

Jon Di-Stefano, Chief Executive of Telford Homes, said: “COP26 has brought into sharp focus the pressing need for the property industry to accelerate their efforts in relation to the climate crisis and we’re delighted to play our part by being ranked as the UK’s most sustainable housebuilder in the Next Generation benchmarking report for the second year running.”

Ben Stone, Head of Sustainability Keepmoat Homes, said: “Building a more sustainable future is at the core of Keepmoat Homes, for the environment, for our customers, and for the future generations. We are proud to build homes for eco-conscious buyers, and have taken a number of steps to ensure we continually strive to build the best sustainable homes possible. Recently, we have introduced a number of green initiatives including low carbon concrete blocks, timber frame construction, low temperature asphalt, as well as reusing soil and aggregates. Reacting to the recent shift in home working, we have also given all customers on new developments a gigabit of broadband, allowing more people to work from home.”

Nicola Barclay, Chief Executive of Homes for Scotland, said: “Scotland’s home builders are already well on the path to net zero – with a 75% reduction in carbon emissions from new homes built today compared to 1990 baselines. There is more to do, of course, which will be challenging, not only for builders in terms of skills, grid capacity and supply chain readiness, but also for consumers in terms of behaviour change as new technologies are introduced, so the recognition of this shift in consumer demand in the survey findings is very welcome.”

The research was carried out independently by Opinion Matters on behalf of the Home Builders Federation between 16.02.2022 and 18.02.22. The sample was made up of 2,000 nationally representative UK adults. The survey was conducted online. 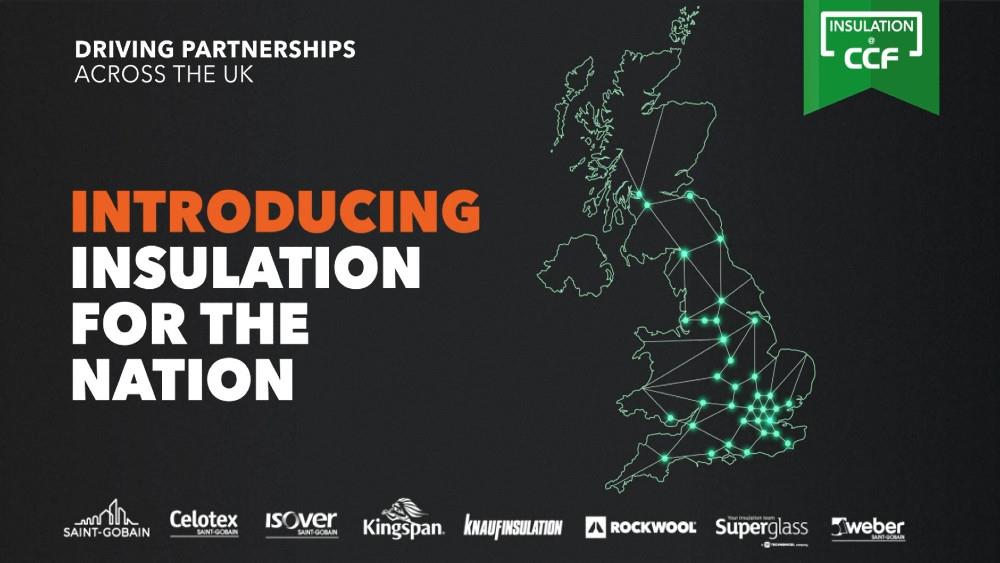 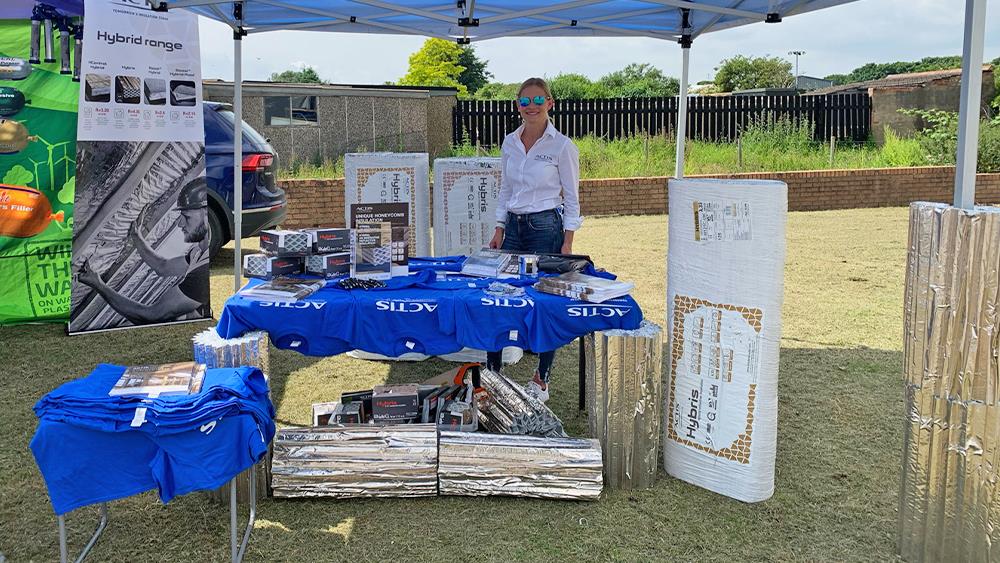