The comments come in the wake of the recent ‘Achieving Sustainable Drainage’ joint report from the Landscape Institute and Construction Industry Council, which maps out how the delivery of sustainable urban drainage systems by Lead Local Flood Authorities in England is well behind the ambition.

Dr David Smoker, Business Development Director at ACO Water Management, comments: “The report once again shines a light on the slow uptake of SuDS in England. Many of the points raised reinforce those from previous reviews of the SuDS landscape. The perceived barriers to implementation of SuDS in England are relatively unchanged since 2015 when the responsibility for SuDS in developments was put on the planning system. If we are to avoid the feeling of ‘Groundhog Day’ in the future, we will need to see policy and regulatory changes.”

Dr Smoker believes the report’s findings chime with the challenges outlined in the Institute of Civil Engineers’ SuDS Route Maps, launched in 2018. Dr Smoker adds: “As highlighted in the ICE’s SuDS Route Maps, the best way to realise the holistic benefits that SuDS can deliver is to integrate SuDS design at the very start of the feasibility stages of a project. If SuDS are an afterthought, they stand little chance of being optimised within a development from both a cost and benefit point of view.”

However, ‘Achieving Sustainable Drainage’ found that ‘developers tend to submit as little as possible, arguing that the drainage is too much detail for outline application stage’.

Dr Smoker continues: “Where the mindset is that SuDS is an addition to traditional drainage, which is very often only defined at the latter stages of site design, then SuDS will be viewed as an extra cost. In fact, the evidence is that properly designed SuDS schemes are usually cheaper and, in addition, deliver other benefits in natural capital. Perhaps the ‘D’ for Drainage in SuDS doesn’t help - should we could change the terminology to, say, Surface Water Management, to encourage a different perspective on the timely nature of holistic design?

“The findings strengthen the belief that the failure to implement Schedule 3 of the 2010 Flood & Water Management Act in 2015 continues to limit the growth potential for SuDS in England.”

For developments above a certain size, SuDS is now delivered through the planning system (on a non-statutory basis) based on local policy, with the Lead Local Flood Authority and others as statutory consultees. “This has led to a piecemeal approach to SuDS and the absence of a single adopting body – or clear route for adoption – is the most significant barrier of all for the successful delivery of SuDS. The report found that ‘Almost no housing SuDS schemes have been adopted by local authorities since April 2015, with many ongoing management and maintenance issues still unresolved’.”

It is worth contrasting the English experience with that of Scotland and Wales. The Scottish Environment Protection Agency requires ‘effective, appropriate SuDS’ on all new construction developments (except for single dwellings, or where discharge is directly into coastal waters), and developers and Scottish Water are encouraged to consult together with SEPA at very early stages in the planning process. Their preference is for SuDS constructed outside the curtilage of a private property to be adopted by SW, the local authority or a public body. The roads authority and SW can connect to each other’s drainage systems where reasonable to do so. This collaboration, supported by legislation such as the 2003 Water Environment and Water Services (WEWS) Act, has led to a more integrated drainage approach and many tens of thousands of systems are now installed, with most adopted and maintained by the local authority.

Unlike England, Wales decided to implement Schedule 3 as of January 2019. All new developments, above 9 dwellings, will be required to have their surface water management plan reviewed and approved by the local SuDS Approval Body (SAB). On completion the SAB will adopt and maintain the system.

Dr Smoker continues: “While the UK Government has no plans to implement Schedule 3 in England, I think we all need to see how its roll-out in Wales fares in the coming years. If it proves to be a success, I would not be surprised to see increased pressure on the government to reconsider.”

Likewise, Dr Smoker believes the upcoming proposed changes within Sewers for Adoption 8 (SfA8), which will include guidance on SuDS components that could be adopted by water companies, will partially help tackle the issue of maintenance responsibility: “Achieving Sustainable Drainage’ clearly identifies the reluctance of local authorities to adopt SuDS, and this has long been a major barrier for implementation. When SfA8 is implemented, I would hope that providing a clear route for adoption of SuDS for water companies will go some way to alleviating part of the maintenance stalemate, and also provide much needed data on ongoing maintenance requirements and costs.

He concludes: “Ultimately, increasing urbanisation is already reducing the volume of naturally attenuating land in towns and cities. Throw in the increasing occurrences of year-round freak weather episodes, coupled with the limitations of the existing sewerage and drainage infrastructure, then surface water flooding becomes a very real threat for both completed and active developments alike. SuDS presents a tangible solution to this issue, yet until it is fully legislated for, we will unlikely see real change. We strongly welcome reports such as ‘Achieving Sustainable Drainage’, and the findings that it puts forward, but we need to move forward to the point where SuDS are just ‘the way we do things’.” 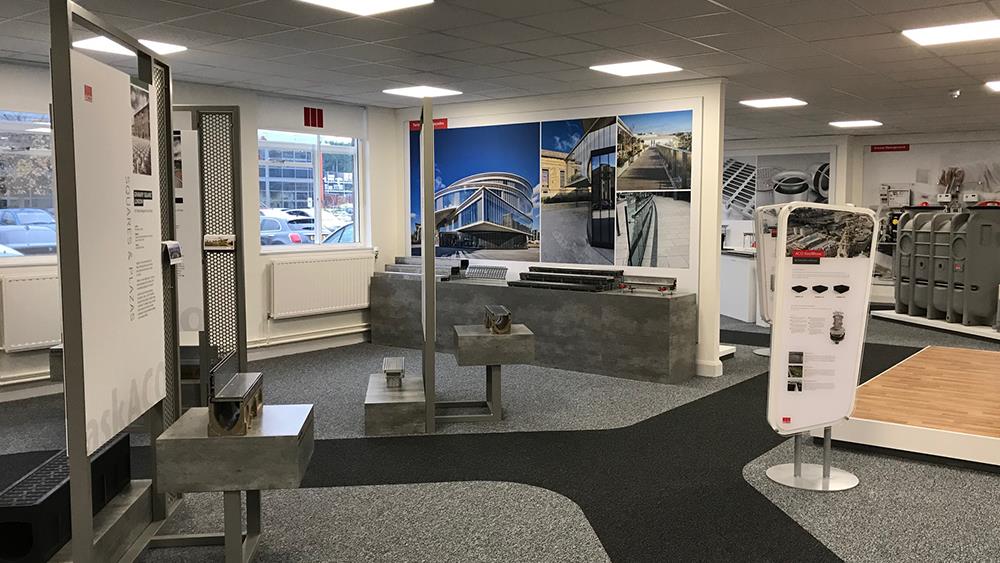