PTS takes to the stage for charity 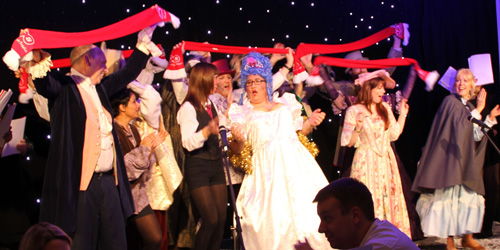 A team from merchant PTS raised over £15,000 for charity by performing their own pantomime version of Scrooge's Christmas Carol.

The money was raised in aid of the company's partner charities: Mind; SAMH; Niamh; and Cruse Bereavement Care.

The performance took place in front of 350 people at the home of the Northampton Saints Rugby Team on 5 December, and saw staff from across PTS bring the Dickens classic to life.  After the performance, the festivities continued with food, raffles, and lots of Christmas-themed fun.

Andy Brook, PTS regional director, said: "Everyone worked extremely hard to pull this pantomime off; rehearsals were completed in their own time, often after a long day during the busy heating season. However, raising such a large sum of money made it all worthwhile. The feedback from staff, customers, and suppliers has been phenomenal - we're already receiving requests for next year's performance."