Russell Roof Tiles has won its largest single project in five years, delivering £1 million worth of pitched roof tiles and accessories for a £250 million Ministry of Defence development in Wiltshire.

The development is the largest MoD housing scheme currently underway in the UK and will see 917 modern homes built near Salisbury.

With an estimated completion date of Spring 2020, the large-scale development is part of the Army Basing Programme, which includes around 4,000 British troops returning from Germany and relocating within the UK in 2019.

The development will comprise of three- and four-bedroomed houses and a small number of bungalows, adapted for families with special requirements.

The development is the largest ever contracting scheme for project contractor Lovell Partnerships, which appointed Russell Roof Tiles as the sole roofing supplier. The manufacturer created a specific delivery schedule for all three sites that provided Lovell with the assurance and commitment it needed when working on such a large-scale project.

Over the next 18 months, Russell Roof Tiles will supply tiles in two different profiles from its Commercial Range - Grampian in Slate Grey and Double Roman in Terracotta.

The Double Roman tile is a standard profiled roof tile with a small round roll, lending itself to both traditional and contemporary roof styles. The Grampian tile is a standard flat interlocking roof tile laid half broken bonded, which combines the traditional appearance of slate tiles with the security of an interlocking design and the economic benefits of concrete.

James Pendleton, Regional Sales Director at Russell Roof Tiles, said: “This is a large-scale and significant project and we are proud to be involved in the project, delivering our market-leading and sustainable products and systems.

“The Russell Roof Tiles team will utilise its incredible expertise and knowledge of previously working with Ministry of Defence and Lovell Partnerships to deliver an efficient and high level of service. We look forward to working closely with the team over the next 18 months.”

Russell Roof Tiles has previously worked with Lovell Partnerships to deliver 346 homes for the MoDefence in Stafford in 2014 and 2015, as part of the £50 million Project BORONA redevelopment that also saw new barracks accommodation as well as new offices, workshops, shops and leisure facilities.

It supplied 350,000 Grampian tiles on a schedule that had to run with military precision to achieve the strict delivery and programme deadlines.

Rob Worboys, Procurement and Sustainability Manager for Lovell Partnerships, said: “Lovell were attracted to Russell Roof Tiles for a number of reasons, not least of which being their commitment to producing quality products within a sustainable and innovative manufacturing environment, demonstrated by their silver membership of the Supply Chain Sustainability School, an organisation Lovell is pleased to support.

“Russell Roof Tiles’ track record of successful delivery on our premier housing schemes across a number of years was also a major factor and the team have worked closely with our operations team in planning deliveries to meet our ambitious programme, a great example of partnership working to achieve mutual goals.” 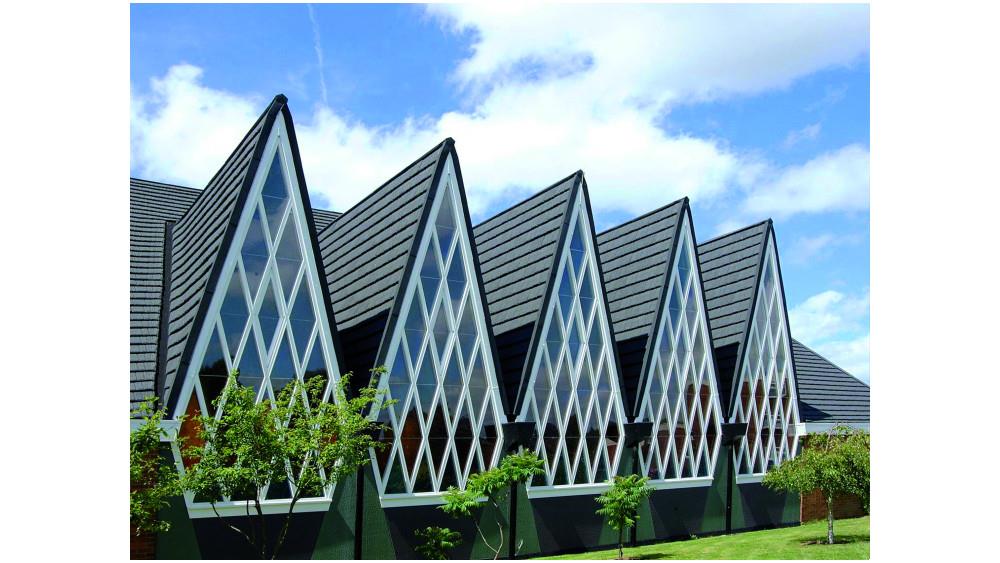