Russell Roof Tiles steps it up for charity

Volunteers from Russell Roof Tiles have put their best foot forward, walking 7,077 miles to raise an impressive £1,600 for the charity Footprints Orphanage.

The roof tile manufacturer has always been committed to supporting its local community and worthwhile causes. Each summer, the team chooses to take on a charity challenge, including walking a brutal 40-miles along Hadrian’s Wall and a Master Chef-style Soup-a-Stars competition.

This year, Russell Roof Tiles wanted to do something special to support Footprints Orphanage in the Shimba Hills of Kenya. The team had seen the fantastic work that Kerry Wanjala, who is also local to Burton, and her volunteers do in providing support to children at the orphanage. Managing Director Andrew Hayward, who was particularly moved by the charity, wanted to raise much-needed funds.

Therefore, Hayward came up with the idea of walking more than 17 million steps over a four-month period - the distance from Burton to the Footprints Orphanage.

Fourteen volunteers from across the UK including Footprints Orphanage volunteer, John Dixon, nine Russell Roof Tiles’ employees and their spouses joined Andrew in his quest. They each completed on average 9,256 steps a day and 278,000 steps a month.

This is the first time that a walking challenge of this kind had been taken on by the Russell Roof Tiles staff and the money raised is also being directly match funded by the company as part of its Pitching for Pennies scheme launched this year. This means that the total raised from the walking challenge will reach £3,000.

Hayward said: “At Russell Roof Tiles, we were moved by Footprints Orphanage when we attended its charity ball in 2016. Since then, we have wanted to take on a big challenge which not only supports the charity but raises awareness of the wonderful things Kerry and her volunteers are doing in Kenya.

“I am proud of everyone who took part in the challenge and would like to thank them for their efforts. At times it was not easy but everyone was dedicated to working together to finish their steps and raise much-needed funds for the cause.” 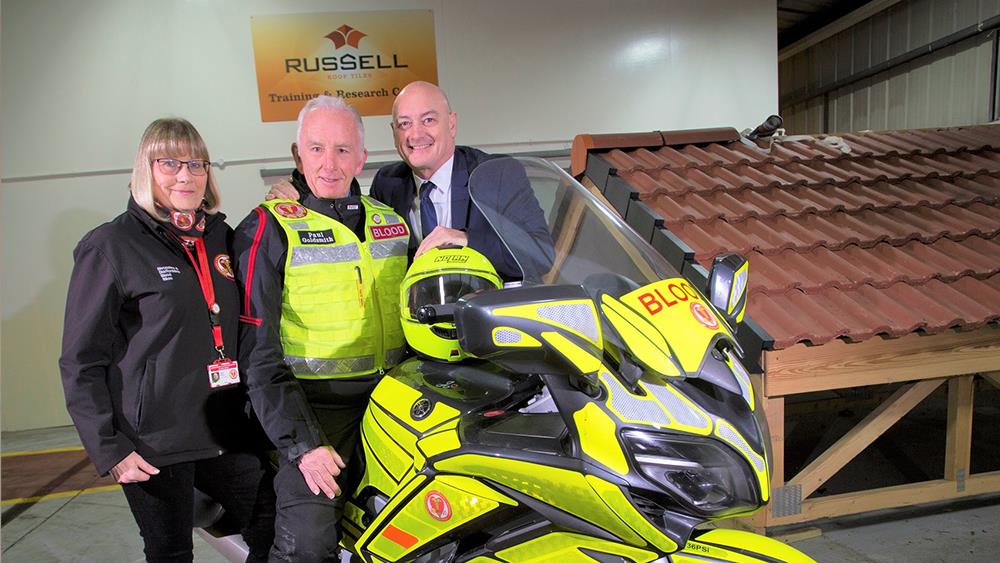