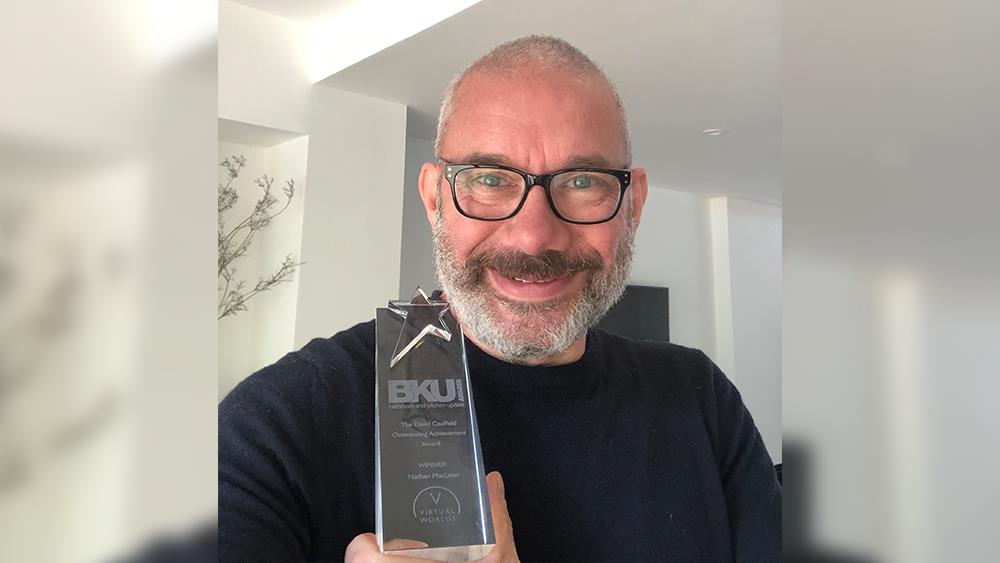 Nathan Maclean and his award

Under Maclean’s leadership, Virtual Worlds has in visibility as its disruptive 4D technology has influenced the way kitchens and bathrooms are now purchased.

Recognising that Maclean consistently goes above and beyond for the good of the company and sector as a whole, with the potential to be a key figure in the industry for years to come, the award was announced, somewhat aptly, via a digital awards ceremony.

Commented on this recognition, Maclean said: “To receive the award is a real honour, and particularly meaningful as it carries the name of someone who was without a doubt, a true industry professional.

“I have to say though that no man is an island and the success of Virtual Worlds wouldn’t be possible without the hard work of the whole team. They work tirelessly by my side to continually build the brand and very much contribute to our success.”