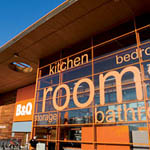 LONDON: Kingfisher, the owner of the DIY chain B&Q, has put Euan Sutherland, the chief executive of B&Q and Kingfisher UK, in charge of its global buying programme and sourcing offices worldwide.

The 41-year-old Scot, who joined Kingfisher in 2008 after running Superdrug and Savers, retains his UK remit, which includes its trade DIY supplies business Screwfix.

The move comes as part of a wider reshuffle of its top team's responsibilities. Sutherland has played a key role in the recent revival at B&Q UK and Ireland, which increased its retail profits by 12% to £67m for the quarter to 1 May.

Kingfisher, which operates in eight countries including China, Russia and Turkey, said the reshuffle would put more "management resource" behind its strategically important global sourcing. It has previously said that it wants to increase its direct sourcing from about 12% to 20%.

Kingfisher said Peter Hogsted, the chief executive of its international business, who was previously in charge of group sourcing, had also been given more responsibility. In addition to keeping his brief for international and own-label products, Hogsted will now be in charge of Kingfisher's innovation strategy.

Ian Cheshire, chief executive of Kingfisher said: "We have made great progress on group sourcing and it will be one of the key drivers of growth at Kingfisher. It therefore makes sense for us to put more management resource behind it as we embark on the next phase of our 'delivering value' strategy."

Sutherland is touted as the likely successor to Mr Cheshire as Kingfisher's chief executive according to the Independent newspaper. There is no suggestion that Mr Cheshire, who became group chief executive in 2008, is contemplating stepping down but Sutherland's expanding role signals that he is a leading contender for the top job as the company plans his succession, the paper said. It also cites Kevin O'Byrne, who is currently Kingfisher's group finance director, as another potential successor to Mr Cheshire.