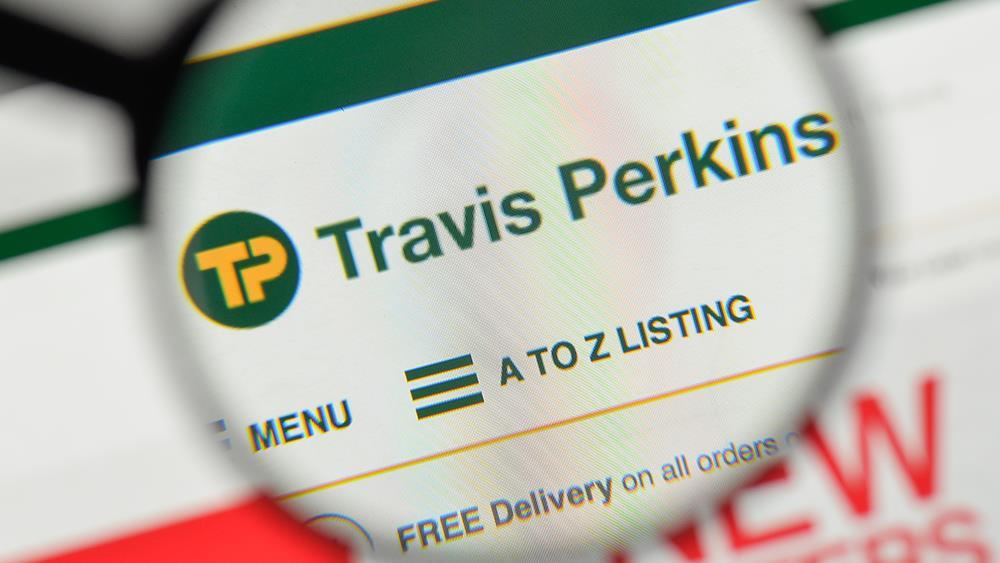 Travis Perkins reported that revenue for were £6,158 million (down from £ 6,956 million in 2019); an 11.5% fall compared to the preivous, due to significant disruption from lockdon in the first half of the year.

Led by the domestic Repairs, Maintenance and Improvement (RMI) market, total revenue returned to tantative growth in the second half at 1.4% (although this figure includes results for Primaflow F&P and Tile Giant, which were both disposed of during the year in January and in September, respectively). Revenues over the first half of the year were down by 19%.

The high growth in the DIY market, which started during the first lockdown, has been sustained, benefiting Wickes and, to a slightly lesser extent, Toolstation. The broader domestic RMI market also recovered strongly, driven by the high number of housing transactions and homeowners having both the resources and need to invest in their properties as working from home has become far more prevalent. The Group has, however, seen a slower return to activity in new housebuilding and major commercial projects resulting from fewer new projects starting.

Given the largely fixed cost nature of the Group’s branch network and lower revenues, adjusted operating profit fell to £227 million from £442 million in 2019. During the year, the Group utilised £74 million of government assistance in the Merchanting and Plumbing & Heating businesses. All support initially received in Toolstation and Wickes, amounting to £46 million, was repaid due to their strong performance.

After being severely impacted by sanitary restrictions in the first half of the year, recovery proved "very encouraging" in the secon half of 2020, particularly in the Travis Perkins General Merchant, led by domestic RMI demand where volumes were approaching 2019 levels by the end of the year. Housebuilding and commercial construction, to which the specialist merchants are primarily exposed, were slower to recover with volumes still down by between 10% and 15% during the fourth quarter. Revenue was therefore down 17.2% (from £3,703 million in 2019 to £3,065 million).

Toolstation revenues increased by £188 million in the year (from £445 million in 2019 to £633 million), up 42.1%, with the consolidation of Toolstation Europe (following the acquisition in Q4 2019) accounting for £48 million of the increase. Like-for-like growth in Toolstation UK of 20.9% represented an "exceptional performance", especially when considering the level of disruption from the lockdown in late March and April.

With branches unable to serve customers directly during the initial lockdown, the branches operated as click & collect fulfilment centres. To support this the Toolstation website was rebuilt in a matter of days, before the wider IT infrastructure of the business was then replatformed over the following weeks.

Despite a pause in the network expansion programme between March and June as fitters could not access sites, 60 new branches were opened in the UK during the year as planned. New formats continue to be trialled, including smaller footprint branches and variations on the click & collect model to improve both the customer experience and operational efficiency. The number of new stores for 2021 is expected to be broadly similar to 2020.

Demonstrating the strength of its balanced business model, Wickes delivered a highly credible 5.5% like for like sales growth for the full year, despite periods of lockdown and disruption to trading operations throughout the year.

This performance was driven by strong Core sales growth of 19.3% on a like for like basis, leveraging Wickes’ well developed digital and flexible fulfilment capability and increasing market share across the year. Sales also benefited from heightened DIY customer demand across a broad range of categories as customers renewed their interest in home improvement.

With the continued strong performance of the Wickes business and more stable market conditions, the Board has re-commenced the demerger process with a view to completion in Q2 2021.

Do-It-For-Me sales were significantly impacted by restrictions in trading operations, ending the year down (27.4)% on a like-for-like basis. In-store kitchen and bathroom showrooms were, at times, completely closed and customers remained cautious throughout the year to progress installation projects in their homes. A fully digitally enabled virtual customer journey was developed and launched in the second half of the year, enabling Wickes to continue to trade despite ongoing showroom closures.

The significant change in fulfilment methods, with delivery to customer order volumes more than doubling across the year and click and collect volumes increasing by over 450%, increased fulfilment costs.

The performance of the specialist digital businesses - Underfloor Heating Store and Plumbnation - was particularly encouraging with total sales of £51 million during the year representing 7% growth.

During 2020, the Group has accelerated progress on a number of strategic initiatives, in some cases driven by the need to adapt quickly and effectively to the challenges presented by the Covid-19 pandemic but also as part of the overall drive for business process simplification.

While a large proportion of trade has returned to traditional methods of purchase, the Group sees these developments as highlighting the significant opportunity presented by digitally led service.

In June 2020, the Group announced a significant restructuring programme that will result in the closure of around 190 branches across the Merchanting and Plumbing & Heating segments. In addition, a number of support function roles were removed across the business and head office resulting in a reduction of around 2,500 roles, equivalent to 9% of the workforce.

There were also changes in the leadership team of the Group with three senior appointments made in November and the annoucement of a new chair for Wickes in January 2020.

In the Travis Perkins General Merchant, branch closures targeted smaller, subscale branches where either there were difficulties in operating safe social distancing practices, or where the scale of the branch meant that profitability would be difficult in a lower volume environment. In the specialist merchants, where the majority of sales are delivered to customer sites, the branch closures were also focused on branches limited by size, geography or operational layout.

Where branches have closed, sales retention has been in line with expectations, ranging from around a third in smaller general merchant branches to over two-thirds in the specialist merchants where the customer base comprises larger regional contractors allowing an easier transfer of business to remaining branches.

Having completed the vast majority of the work on the Wickes demerger, on 20 March 2020 the Group announced that it had placed the process on hold in order to focus on managing through the pandemic and to maximise liquidity across the Group.

With the Group, and Wickes in particular, having demonstrated the resilience of their operating models, the Board has taken the decision to recommence the demerger process which is expected to complete in Q2 2021. Wickes delivered an excellent performance during 2020 with like-for-like sales up 5.5%, driven by the strength of the Core DIY segment which saw like for like growth of 19.3%, a trend which has continued into 2021.

Showroom closures have had a marked impact on Kitchen & Bathroom sales, down (27.4)% on a like-for-like basis over the year, and this has been exacerbated in the early weeks of 2021 by the third national lockdown. Web-based leads remain strong and indicate a level of pent up demand once restrictions are eased.

In line with previous plans, Wickes will have a capitalisation of around £130m as at the year end, funded by Travis Perkins.

Following the sale of Primaflow F&P wholesale activity in January 2020 the Board intends to sell the remaining P&H business when the time is right.

The long term fundamentals of the Group’s end markets remain robust with ongoing demand for new housing and underinvestment in the repair, maintenance and improvement of the existing UK housing stock.

This is further underpinned by the UK Government’s commitment to infrastructure investment, alongside stimulus measures such as green home improvement schemes. End markets recovered well during the second half of 2020 with robust RMI activity outstripping a lag in the commercial and housebuilding sectors. Performance to date in 2021 has followed a similar trend despite the stricter lockdown conditions.

Nick Roberts, Chief Executive Officer, commented: “2020 was a year of unprecedented challenges and I am full of admiration for the energy and determination of our colleagues to ensure the safety of our customers, suppliers and each other.

“Despite these challenges, we have shown great agility and versatility in adapting our working practices, further digitalising our engagement with customers and reshaping our business to suit the changing demands of our markets.

“Our teams have also been able to make excellent progress on a number of key initiatives supporting our strategic objectives, particularly around simplifying commercial deals and refining our pricing architecture, which will drive future benefits.

“In addition, I am pleased today to be able to confirm that the process to demerge Wickes has recommenced. The Wickes digitally-led model has proved highly effective during the pandemic and the business is in great shape to embark on its journey as a standalone entity.

“Whilst uncertainty remains, we have seen a good recovery through the second half which gives us confidence that the fundamental drivers in our markets are robust. The continuing progress against our strategic plans leaves the Group well placed to outperform in those markets.” 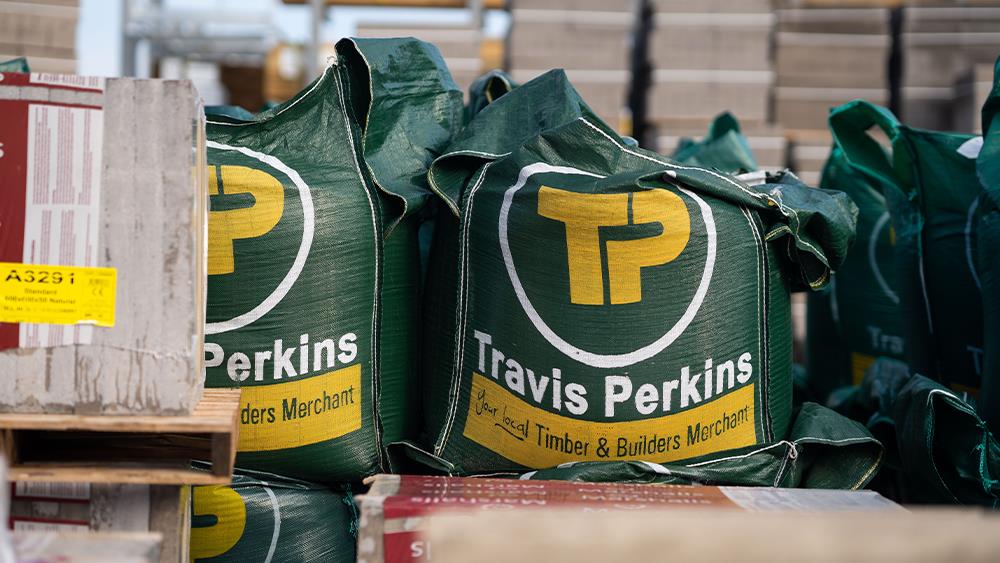 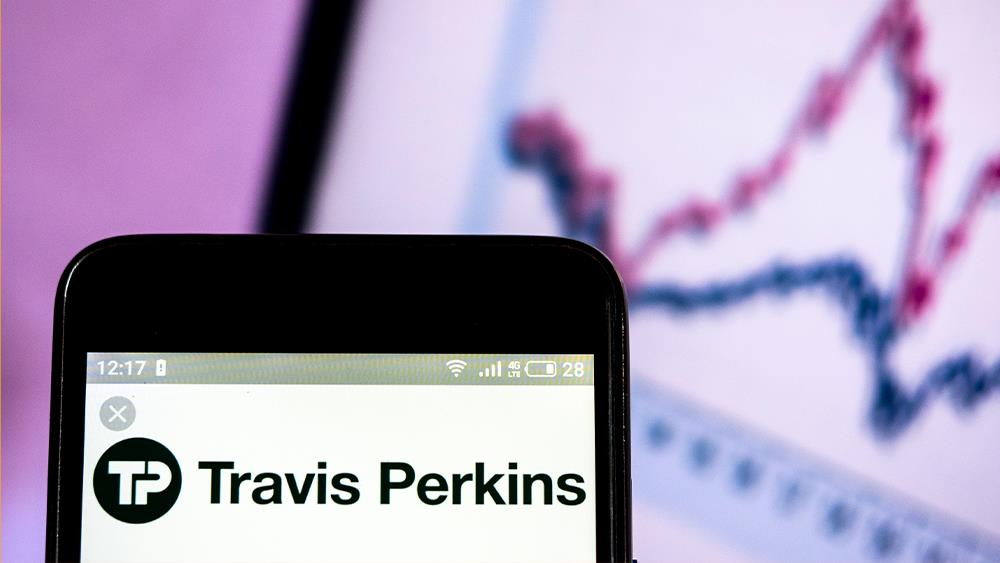